On 27th April 2012, HM The Queen officially opened our school as part of her diamond jubilee tour.  Since the mining disaster in 1966, the Queen has visited Aberfan four times.  Opening the school was a sign of the Queen's continued support for the community.

During her visit the Queen chatted with staff and children, unveiled a plaque and signed the visitors book.  She heard from the designers of the school about the school's upside down roof which collects rainwater which is used to flush the toilets, to which she remarked that Wales would never be short of rain. 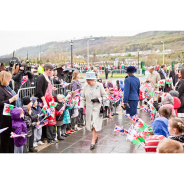 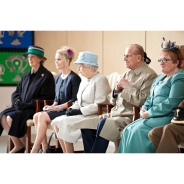 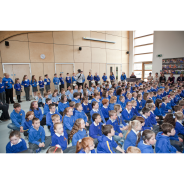 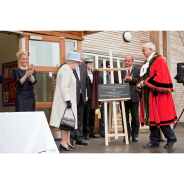 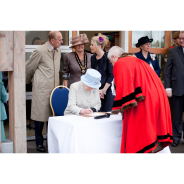 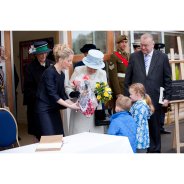 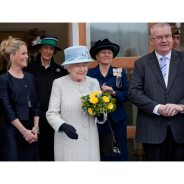 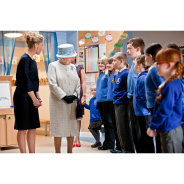 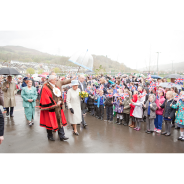 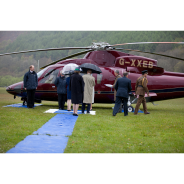