Our Ynysowen Eco-Warriors wanted to thank the Year 2 pupils and their parents for all their fantastic homework on Fairtrade.

They  were blown away by the quality of the work and pupils' knowledge. 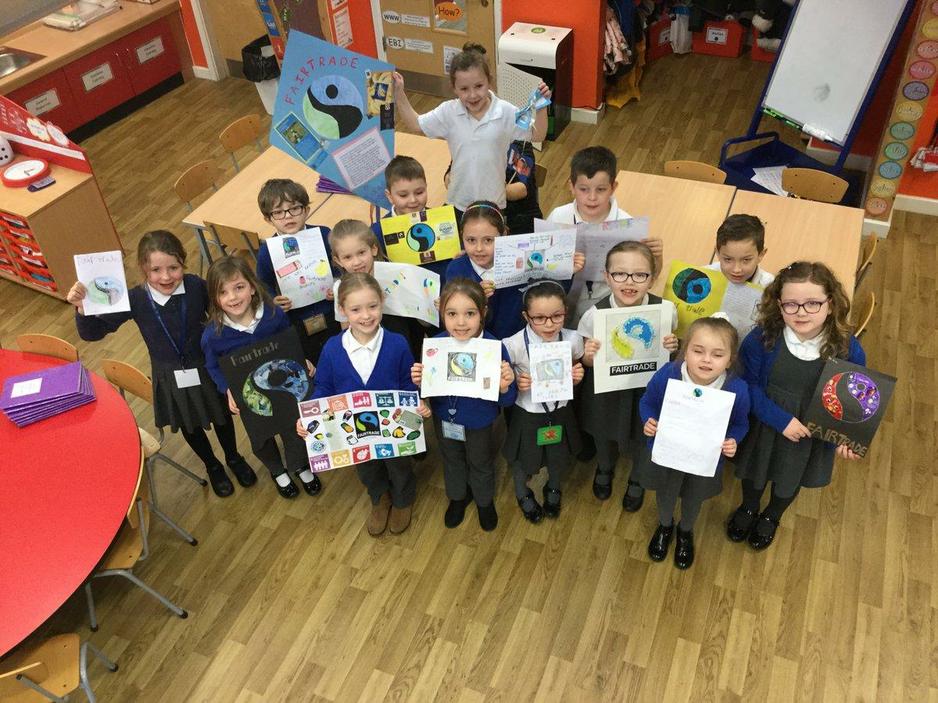 Everyone looked amazing in their costumes for #WorldBookDay2019

Year 2 enjoyed a fun-filled morning at 'Play' soft-play centre as a reward for having the highest attendance for the Autumn Term.

In preparation for our 'Erasmus Project' visitors, Year 2 spent all week finding out about the country of Austria.

Here you can see the pupils measuring and preparing ingredients to make 'Palatchinken', a traditional Austrian pancake.

From the staff and pupils of Year 2 - We Wish you all a very Merry Christmas and a Happy New Year.

Year 1 & 2 took Paddington on a bus tour of Cardiff City centre and visited Cardiff Bay to look at the different landmarks they had been studying in class. They then visited Frankie & Benny's for a delcicious meal.

Visit to the village War Memorial

Pupils from Year 1 and 2 visited the village War Memorial in Aberfan to lay a poppy wreath following work they had completed on Remembrance Day.

Mrs Turner played the Last Post on her bugle when we returned to school. 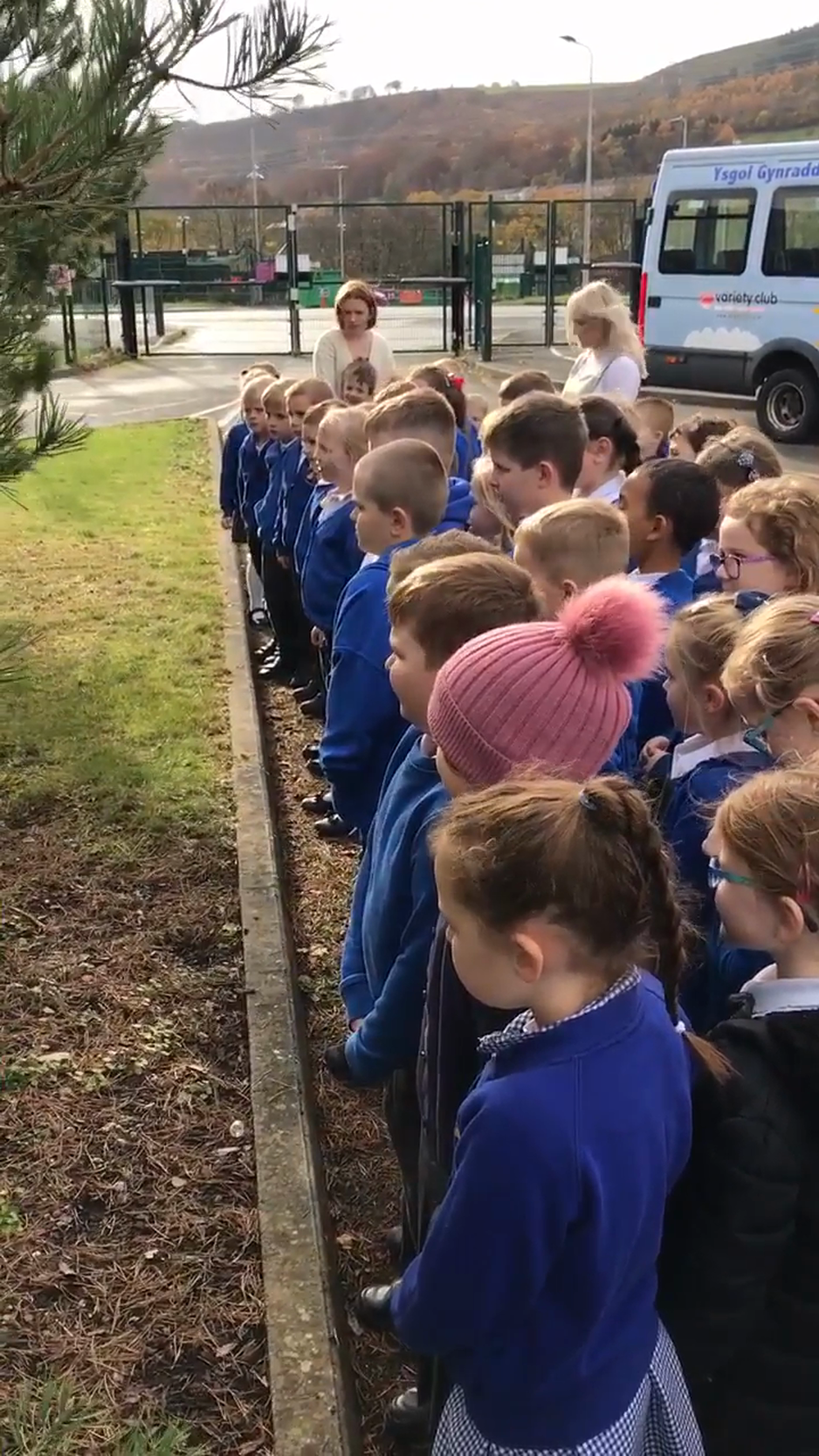 Pupils enjoyed making their own guys, whittling sticks to make sparklers and using mud and other natural resources to create firework pictures.

After all that hard work, they enjoyed eating marmalade (just like Paddington) on  toast cooked on the fire and drinking hot chocolate!

Pupils brought to school the teddy bears they had written invitations to, in order to raise money for the charity 'Action Medical Research for Children' who have Paddington Bear as their official mascot.

Our walk to the Post Office - Tuesday 16th October

Pupils bought stamps and  posted their invitations to their teddy bears

Pupils used wool to create their own Peruvian weaving and followed online instructions to sketch and paint their own portraits of Paddington Bear.